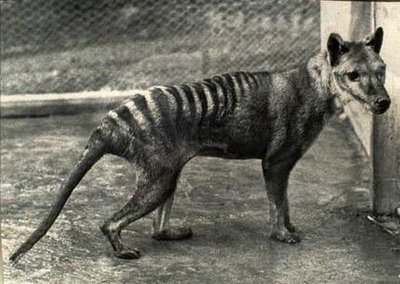 0
Wednesday, 07 December 2016 / Published in Back from the Brink, Education, Sustainable living

Extinction is forever – and it is happening all around us

Is there anything scarier than the thought of being the last of your species? Many movies have been made about it; lone survivors in a wasteland, struggling to survive. Well, as fantastical as that sounds, it may not be such a farfetched notion as we would like to think. And of course there is the sobering reality in all of our minds that simply states ‘extinction is forever.’

We humans are currently living through what scientists are calling the 6th wave of mass extinction. We know of some of the previous ones, including perhaps the most infamous; the one that wiped out the dinosaurs and led to the eventual rise of mammalian life-forms, including ourselves. But do many of us know that this is happening once more right now across the globe? Many of us have heard the term thrown loosely around in recent years, but do we really know what it means?

To make it a little more tangible, let’s bring the story close to home and look at Australia. Our country is an incredible kaleidoscope of evolutionary history that has led today to the existence of 560,000 species of plants and animals that inhabit many thousands of different ecological communities from luscious rainforests to vast coral cays and from interior baking deserts to mist-clad mountain-tops.

Did you know that over 92% of all of Australia’s plants and over 79% of all our animals are found nowhere else on the planet?

At the turn of the millennium, the Australian Federal Government, under the then newly-formed Environment Protection and Biodiversity Conservation (EBPC) Act, and in partnership with the International Union for the Conservation of Nature (IUCN), began comprehensively assessing the populations of a wide array of critically endangered species in Australia. Sadly the outcome of this has shown that over 1,700 of our unique species are currently threatened with extinction (Australian Government 2010) and even more alarming, since the year 2000, a further 98 species have now become extinct (Australian Government 2016; International Union for the Conservation of Nature 2016).

So now the questions beg to be asked: How did this happen? And how is it still happening? Well let’s take a look at some examples that begin to explain how this concerning situation has come to be in Australia.

Let’s begin in Tasmania where there once lived a unique creature called the Thylacine (Thalyacinus cynocephalus). A type of marsupial ‘wolf’, it inhabited the misty forests and tablelands of this small island state. This animal was a popular subject of many Indigenous rock artworks across Tasmania for thousands of years, and fossil-records show that at one point numbers were relatively high right across Australia and possibly even into Papua New Guinea. However, Thylacines slowly disappeared from mainland Australia due to competition with the introduced Dingo (Canis lupus dingo) and were eventually restricted to Tasmania around 2,000 years ago. When Europeans arrived on the island, and agriculture intensified, news spread widely that this species was a threat to livestock. A bounty of £1 per head was issued by the then Government of Tasmania to cull the Thylacine and in the latter 50 years of the 1800s this approach effectively exterminated the species from the wild. The last living Thylacine died in a zoo in Hobart in 1936.

A different story comes from our island territories. Lord Howe, Christmas, Cocos, Kangaroo and Norfolk islands are examples of the unique hotspots of Australia’s island biodiversity. The majority of native species found on these islands (save for a range of nomadic seabirds) are endemic, meaning that these species occur nowhere else on earth. More importantly these island ecosystems have evolved in the absence of any large land-based carnivorous predators, which has resulted in the evolution of unusual species such as dwarf emus, giant flightless waterbirds, oversized stick-insects, walking bats and giant parrots. Sadly, when Europeans reached these islands they brought with them many of their domesticated animals including rats, pigs and cats which resulted in the demise of so many of these unique species within just a few decades. Of the 98 species that have been declared extinct since 2000, 25 were from our islands.

Some species have become extinct despite their previously having occurred over enormous areas, and in some cases, being relatively common throughout their former ranges. Regionally nomadic birds such as the Paradise Parrot (Psephotellus pulcherrimus), marsupials like the Boodie (Bettongia lesueur subsp. graii), Yallara (Macrotis leucura) and Crescent Nailtail Wallaby (Onychogalea lunata) and wind-dispersed plants such as the Grey Groundsel (Senecio georgianus) once had ranges that extended many thousands of kilometres across several states. In the case of the ground-dwelling marsupials, the introduction of feral cats into Australia led rapidly to their demise as these efficient foreign predators quickly spread into the outback. With the current number of feral cats in this country being estimated at 4 million, and with each individual cat known to kill between 5-30 animals each day, the reality of the impact of just this one introduced species becomes startling (Australian Wildlife Conservancy 2016). For species such as the Grey Groundsel and the Paradise Parrot, large-scale agricultural expansion, resource extraction and land clearing has led to the loss of over 90% of their habitats in inner Australia.

Closer to home in our local patch of South-east Queensland we have extinctions occurring right on our doorstep. Of the 98 species that have disappeared, 6 were once found in our local region. This includes the Paradise Parrot (Psephotellus pulcherrimus), Southern Gastric-brooding Frog (Rheobatrachus silus), Mount Glorious Day Frog (Taudactylus diurnus), Acianthus ledwardii – a ground orchid found only at Burleigh Heads, Darling Downs Hopping-mouse (Notomys mordax) and Eastern Bettong (Bettongia gaimardi subsp. gaimardi). For the two frog species, they have died out as temperatures and atmospheric moisture levels have risen sharply at higher altitudes over the decades leading to the spread of a deadly fungal disease called Chytridiomycosis. This fungus does well in warm conditions attacking the skin pores of amphibians and suffocating them to death. Since 2000 we have officially lost 4 unique Australian frogs, forever. Similarly, and most recently, climate change has been found to be responsible for the extinction of Queensland’s Bramble Cay Melomys (Melomys rubicola). This small mouse-like marsupial was only found on the tiny island of Bramble Cay in the Torres Strait. This year, it became the first animal ever to be officially declared extinct as a direct result of human-induced climate change by the Australian Government. The University of Queensland found that mean sea level on the island had dramatically risen in recent decades at a rate twice that of the global average, and after multiple trips to the island to locate the animal in 2014 and 2015, it was declared extinct.

Unfortunately there are many more species on a rapid track to join this sombre hall of fame. The Mountain Pygmy Possum (Burramys parvus), Night Parrot (Pezoporus occidentalis), Regent Honeyeater (Anthochaera phrygia), Red-finned Blue-eye Fish (Scaturiginichthys vermeilipinnis), Audas Spider-orchid (Caladenia audasii) and Wollemi Pine (Wollemia nobilis) are but a handful of our most beloved, yet most threatened species. From invasive pests to a massive reduction in their habitat, and from climate change to relentless infectious diseases, these plants and animals are declining to dangerously low populations. Indeed, some of them may have already vanished in recent months.

What is clear is that the driving force behind all of these extinctions, is us. But why is this so? What are we doing wrong? Well, no matter how ‘green’ we try to be, the reality is that most of our everyday actions in a developed nation such as Australia, have consequences for the environment. Driving a car to work, eating grain-fed beef, dropping litter, planting the wrong kind of plants in your garden; all have small but accumulating impacts on the environment and our native species.

So what can we do? It all seems so overwhelming! Well what we need to do is change our mindset. Let’s work together to turn the old adage “death by a thousand cuts” on its head and into a positive motto. As much as it is true for all these 98 species, that their deaths have been the result of many interlocking factors caused by humans, saving those we have left can be achieved through “healing by a thousand band aids”. What this means is that for every action we take, we can all spend a few seconds consciously thinking of its ramifications, and decide on a potentially different way of getting what we want but with a lesser impact on the world around us. Each choice, no matter how small, will make a difference.

Let’s celebrate, at every opportunity, what incredible and unique life we have coexisting with us in this remarkable country, and spare thought for those that are no longer here. We need to keep educating our younger generations in ways to lift the social and environmental ethics of our society, and never be afraid to enact positive change and embrace new and better ways of doing things. With this we can begin to shift the quickening decline of so many unique life forms, and safeguard a healthy Australia for all species, including our own.

As sobering as it is to bring this issue to everyone’s attention, awareness is part of the way forward. And as we move into 2017 we look forward to sharing with you some of the many ‘good news’ stories of all of the incredible efforts that are going in to species recovery here in Australia; stories that will inspire all of us to continue to help make a difference. 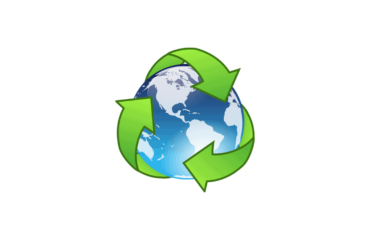 6 Things you didn’t know you could recycle 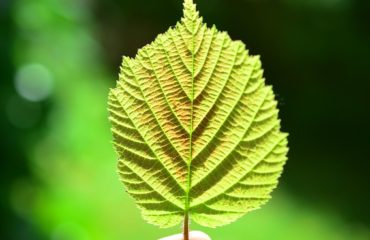 VIDEO: Go green and save with homemade wet wipes