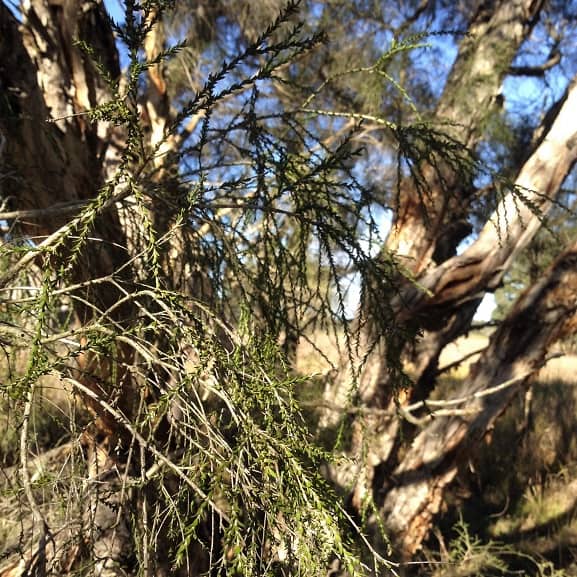 During 2016 Natura Pacific has worked alongside Lendlease, Logan City Council, Department of Defence, Arthur Gorrie Correctional Centre and Queensland University of Technology (QUT) to harvest the seed of Melaleuca irbyana in south-east Queensland. This species is listed as ‘Endangered’ under the Queensland State Government’s Nature Conservation (Wildlife) Regulation 2006. It is also the keystone species in a nationally threatened ecosystem called ‘Swamp Tea-tree Forest of south-east Queensland’ which is listed as ‘Critically Endangered’ under the Environment Protection and Biodiversity Conservation Act 1999. Natura Pacific is now helping to ensure its continued survival in the wild and to reconnect fragmented Swamp Tea-tree Forest with propagated individuals grown at QUT and the Arthur Gorrie centre. It is hoped that 4,000 new trees will be planted in and around the plant’s native range of Logan shire and Ipswich thanks to the vision of this project. Data collected during this project will also help QUT students to improve threatened species propagation techniques.    – ENDANGERED SPECIES MANAGEMENT – CONSERVATION – ENVIRONMENTAL CONSULTING –

Duck-billed Platypus - Back from the Brink

Articles, Consulting, Education, Environment, Latest News, Local Interest, Videos
Comments are off for this post.
Reversing the decline of the iconic Duck-billed Platypus in South East Queensland – ‘Back from the Brink’ kick-starts Season...

Carbon Farming – Why all the Hype?

Articles, Consulting, Environment, Industry News, Latest News
Comments are off for this post.
So… I have heard that maybe I can earn some extra income from my land through Carbon Farming? There...

VIDEO: Back from the Brink - Richmond Birdwing

Environment, Industry News, Latest News, Local Interest, Videos
Comments are off for this post.
With a wing-span of up to 16cm, the Richmond Birdwing is South East Queensland’s largest butterfly! In this Christmas...

VIDEO: Back from the Brink - Stingless Bee

Environment, Latest News, Local Interest, Videos
Comments are off for this post.
Did you know that there was such a thing as a Stingless Bee? Meet Tetragonula carbonaria, an incredible and unique...