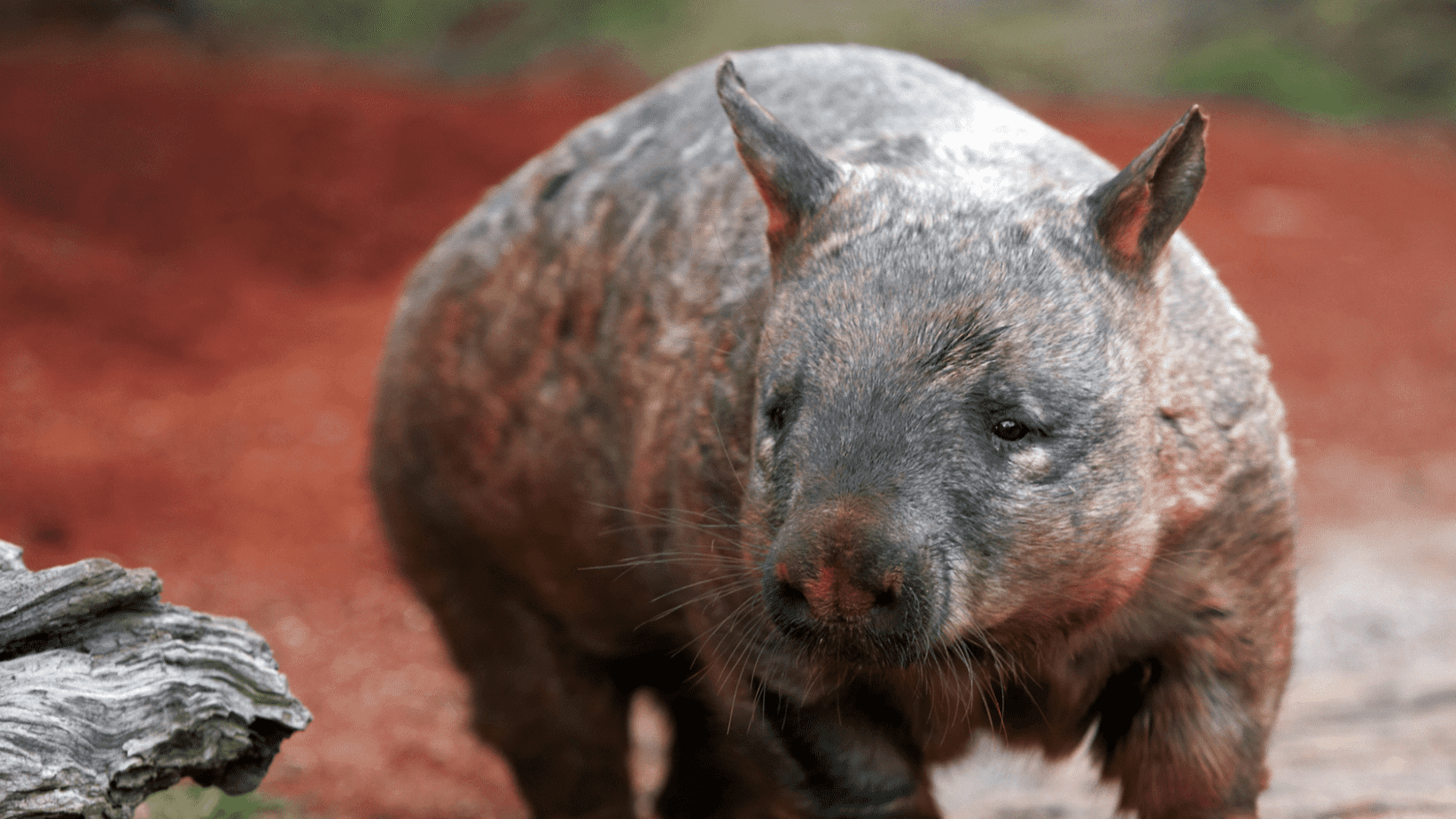 3
Monday, 18 October 2021 / Published in Back from the Brink, Education, Resources, Videos

Northern Hairy-nosed Wombat – Back from the Brink

Fifty-years ago this year, a conservation miracle was coming to life deep in the heart of the Isaac Region of Central Queensland. Here, in an unassuming isolated patch of remnant sclerophyll woodland on an ancient river plain, a small band of people decided to get a handle on a worrying situation.

The region, nestled between the townships of Clermont to the south-east and Hughendon to the north-west forms part of the northern Brigalow Belt bioregion. For decades since the late 1800s, this bioregion had been heavily cleared with only 10% of its former extent now surviving today. As a result, many of the animal and plant species that relied on the regional ecosystems that comprised this bioregion, fell foul to the extensive land-clearing and began to disappear. Some species lost their battle to hang-on altogether, such as the once-dazzling, now extinct, Paradise Parrot (Psephotus pulcherrimus), while others teetered dangerously close to the point of no return. One such species, is the Northern Hairy-nosed Wombat (Lasiorhinus krefftii).

The Northern Hairy-nosed Wombat is a remarkable marsupial. It is the largest of Australia’s three extant species of wombat: the other two being the Southern Hairy-nosed Wombat (Lasiorhinus latifrons) and the Bare-nosed (or Common) Wombat (Vombatus ursinus). The Northern Hairy-nosed Wombat is unusual in the fact that it is also the only one of the three species to occur within the tropical regions of Australia. Usually, speciation among families of mammals follows a trajectory of decreasing body-size towards the tropics due to heat-energy budgets, but this chunky trail-blazer doesn’t follow the rule! It is also intriguing in that it is far more shy and nervous of humans than it’s more common relatives, despite rarely coming into contact with people.

Wombats are a fascinating group of animals having descended from a common ancestor with the Koala (Phascolarctos cinereus) about 25 million years ago. This group, the sub-order known as the Vombatiformes, once included the largest marsupial mammals to ever have lived; creatures such as the Diprotodon (Diprotodon opatum), a 2m tall, 2,700kg giant wombat that roamed the Australian continent about 1 million years ago and was said to have inspired some of the Indigenous stories of the mysterious “bunyip”!

Today, our surviving wombats are a much smaller group and are very much burrow-dwelling creatures that are entirely herbivorous, feeding almost exclusively on grasses. This diet of grass means that they have an incredibly high intake of hard-to-digest materials such as silica. As a result, wombats have an amazing adaptation of continuously growing teeth to ensure they always have a tough pair of gnashers to grind up their meals. Additional to this, their gut fermentation process is incredibly slow taking up to 2 weeks to complete, and so their metabolism is also pretty slow. But don’t be fooled into thinking these robust, slow-paced marsupials are dopey; if spooked, they can hit speeds of 40km/h, and that’s despite often weighing between 25 and 40kg! They are a true powerhouse of the Australian Brigalow Belt!

For the Northern Hairy-nosed Wombat, the story got pretty dark back in those latter decades of the 20th century. Due to the extensive destruction and fragmentation of its Brigalow Belt home and the replacement of its native grass food with the highly invasive and highly flammable Buffel Grass (Cenchrus ciliaris) brought in for grazing, this wombat declined to just one population of about 35 individuals. For such a large species, having such a catastrophic population reduction leads to serious implications for genetic health. Inbreeding, while often not visible on the outside, can mean that internally, animals are more prone to disease, cellular mutations and reduced longevity. So the decision was made to do absolutely everything possible to safeguard the last population of these wombats, and so, Epping Forest National Park was born.

Along with the park gazettal, a species recovery plan was developed outlining the key threatening processes that remained a risk to the surviving Northern Hairy-nosed Wombats. Although the threats of continued habitat loss, fragmentation and grazing pressure from surrounding cattle was removed due to the park’s creation, other insidious long-term threats persisted. The risk of predation by Dingo (Canis lupus dingo) saw the park rapidly protected from the outside world by a 2m-high predator-proof steel fence. The risk of intense wildfire destroying vital Hooker’s Bauhinia (Lysiphyllum hookeri) and Supplejack (Ventilago viminalis) trees whose roots act as subterranean scaffolding for the wombat burrows is constantly managed by keeping weed invasions and Buffel Grass (i.e. fuel load) down. And of course, the risk of disease is managed by keeping the park closed to visitors and only allowing in people and vehicles for special scientific purposes. But one threat continued to remain, and that was the low genetic diversity of the population and the high risk of them all being in one location, and nowhere else on the globe.

Enter, Dr Alan Horsup. As with all things, you can have the plans and provisions, but without the champion, you’re going nowhere. And Dr Horsup was that man for the Northern Hairy-nosed Wombat. His work started in the 1990s where he joined the Queensland Government’s Wildlife and Threatened Species Operations Unit and began applying his mammal ecology and behavioural biology background to help think of ways to ensure the long-term survival of this wombat. Dr Horsup is not only an exceptional environmentalist, but he is a real people person too. Over the coming years from his inception into the team, he and his colleagues along with an army of volunteers and committed caretakers developed novel techniques to not only monitor the health of the Epping Forest wombats, but also try ways of safeguarding the species through the establishment of secondary populations too. The research blossomed and included methods of ensuring the wombats remained hydrated through periods of drought, that health checks could be conducted regularly with as little stress to the animals as possible, and the establishment of motion-senor camera traps at the burrows to watch behaviour and capture previously unseen footage of these animals in the wild.

By the early 2000s, Dr Horsup along with a number of committed individuals from the Queensland Government and the Wombat Foundation worked together to successfully identify new homes for the increasing number of wombats at Epping Forest. One of these sites was to be identified within the species’ southern former range near St. George. Through rigorous soil analyses, burrow preparation, legal securement of the land and predator exclusion, the first translocation site for a new population of Northern Hairy-nosed Wombats outside of Epping Forest was established at Richard Underwood Nature Refuge. With financial aid of Glencore (then Xstrata) and the generous donation of the land by Ed and Gabi Underwood, the second site soon became home to a population of about 15 translocated Epping Forest wombats. Dr Horsup had achieved the first major step in bringing back this species to its former range in Queensland and had achieved a massive milestone in securing it from extinction.

To celebrate this incredible journey, and to shed light on the next exciting steps of the recovery of the Northern Hairy-nosed Wombat, Natura Pacific visited Epping Forest National Park and Richard Underwood Nature Refuge this year to work with Dr Horsup and his team to produce a brand-new episode in the Back from the Brink docu-series showcasing this amazing story. In glorious high-definition, you can witness the highs and lows and learn more about the facts facing this incredible animal on National Wombat Day 2021 – October 22nd when the documentary will be released. In the meantime, if you’d like to read more about this story, please visit the Queensland Government’s Department of Environment and Science website at: https://environment.des.qld.gov.au/wildlife/threatened-species/featured-projects/northern-hairy-nosed-wombat.

To watch Back from the Brink and all its past and current seasons, visit: https://bit.ly/3gJf1VC

A new species of water bug on the Gold Coast 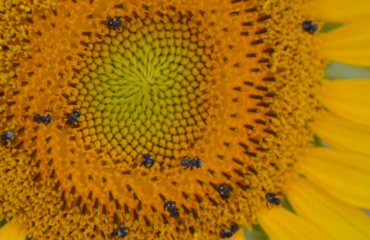 Stingless Bee – Back from the Brink 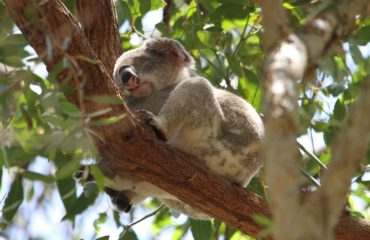