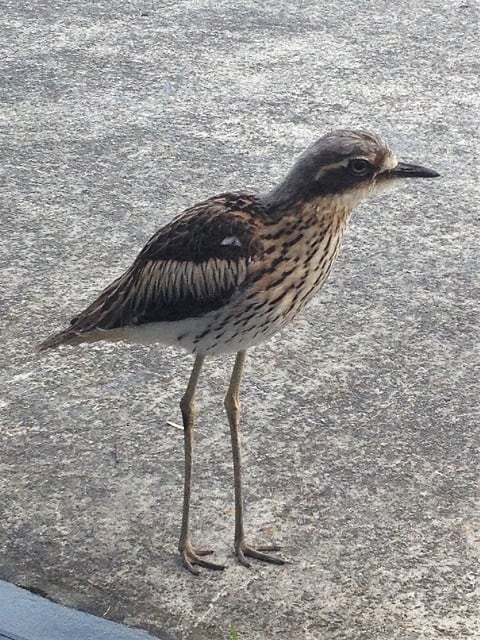 An unexpected visitor to Natura – A bush stone-curlew! 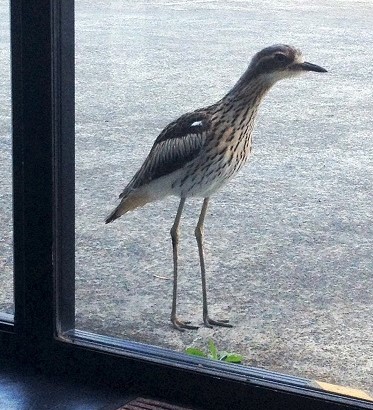 Here at Natura Pacific we welcome all to come and visit our office space, absorb the positive culture, take time out with our stunning green wall packed with thousands of plants and learn more about our amazing projects around the world. However, our most recent visitor came as a bit of a surprise… He was a young male bush stone-curlew or bush thick-knee (Burhinus grallarius) and he seems to have taken a liking to standing in our main doorway staring at his reflection, and perhaps trying to join our team (or was it just the goldfish in the reservoir of the green wall he was after?)!

You may have seen these charismatic birds before on your visit to the supermarket as they seem to being doing well in some urban areas, or maybe you have heard their eerie, high-pitched wailing call at night – it sounds like this! They are one of the Gold Coast’s more familiar, but also most striking birds.

Standing at half a metre tall, adult bush stone-curlews have a grey-light brown back which is blotched with dark patches, while the front is delicately streaked with black and buff. The head is pale with a black band that streams from behind the eye down the neck. The eye is perhaps the most interesting feature, being a brilliant yellow or ochre-grey in colour and quite piercing when you observe these birds through a pair of binoculars. They usually inhabit open woodlands and scrub including dune systems in south-east Queensland, while elsewhere to the south they inhabit scrubby pasture and semi-natural forests. 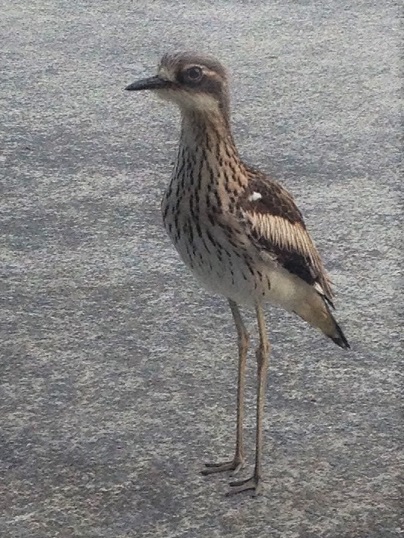 While in Queensland, this beautiful bird is seemingly doing well inhabiting parks and beach fronts in our coastal cities, in other parts of Australia things aren’t looking quite as good. In New South Wales, this bird is now listed as ‘Endangered’ and is under genuine threat of extinction as it has been heavily predated by introduced cats, dogs and foxes in many parts of its former range. It has also lost out to the massive-scale agricultural clearance that has taken place in these southern regions and the trampling of its eggs by cattle herds. There are now research efforts by a number of organisations and universities including Griffith University and BirdLife Australia to determine why this bird is doing so well in the north and so badly in the south. In fact you may even be able to help them in their efforts – click here to find out more. 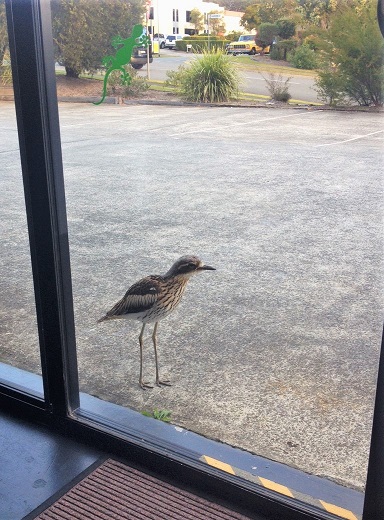 These birds feed primarily on insects and small vertebrates such as skinks and froglets. They raise usually a pair of beautiful humbug-looking babies (do you remember those stripy boiled sweets from days gone by?) during the spring and summer and mostly the families actively forage at night-time. During the day they relax in the shade of trees and are masters of disguise…or at least they think they are. Often, you can approach within a few metres of these birds and they stand dead still, and outstretched, in a sort of “no need to come any closer, I’m just a boring stick” pose! Sadly however, they haven’t learnt that this pose is best performed against a leafy, brown background, and not in the middle of a car park, where you stick out like a sore thumb!

We are delighted that our young friend has joined the Natura team at our Burleigh Heads office. We will be keeping an eye on him over the next few weeks to ensure he is safe from predators such cats or dogs as well as any other possible dangers, and hopefully, one day, he may even find a mate in the local sclerophyll forests that grow at the top of our street. 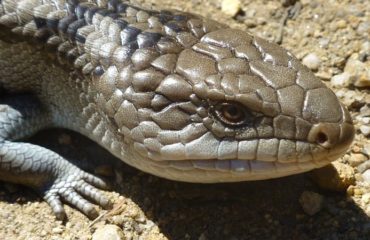 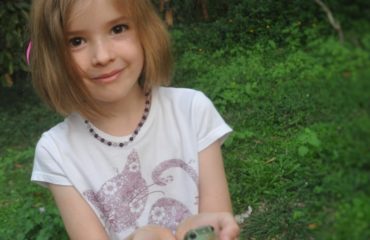 Natura Education: Young Children in Nature – Why all the Hype? 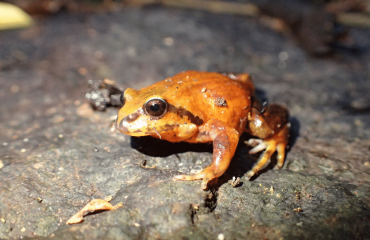 Red and Yellow Mountain Frog – Back from the Brink