A new species of water bug on the Gold Coast

Here at Natura Education we are very privileged to be working with a team of educators and scientists that are not only skilled in delivering a variety of education programs to students of all ages, but are also experts in their respective fields.

John Pumpurs is Natura Education’s resident frog and water bug expert and has such a depth of knowledge and passion for his field that he has the ability to inspire students of any age to appreciate the unique features of the animals that live in and around our waterways. As the proprietor of The Frog Prints, John has been photographing frogs since 1994, and has more recently expanded his photographic talents to the world of aquatic macro invertebrates, providing the 47 high quality images that feature in the recently launched Waterways Field Guide – Series 1: Water Bugs.

“Macroinvertebrates are animals without a backbone that can be seen with the naked eye. These bottom-dwelling animals include crustaceans and worms but most are aquatic insects. Beetles, caddisflies, stoneflies, mayflies, hellgrammites, dragonflies, true flies, and some moths are among the groups of insects represented in streams. Macroinvertebrates are an important link in the food web between the producers (leaves, algae) and higher consumers such as fish” (Stroudcenterorg 2016).

During the course of John’s work in catching and photographing the amazing variety of macro invertebrates found in the waterways of our east coast, it seems that he may have stumbled across a new species! He first encountered this mysterious water bug about 4 years ago in the summer of 2012 when he found it in a sample collected from a 15 metre section of Currumbin Creek at Bains Road Bridge. Using his talent in macro-photography, John captured a live photograph of the specimen, as shown below in figure 1. 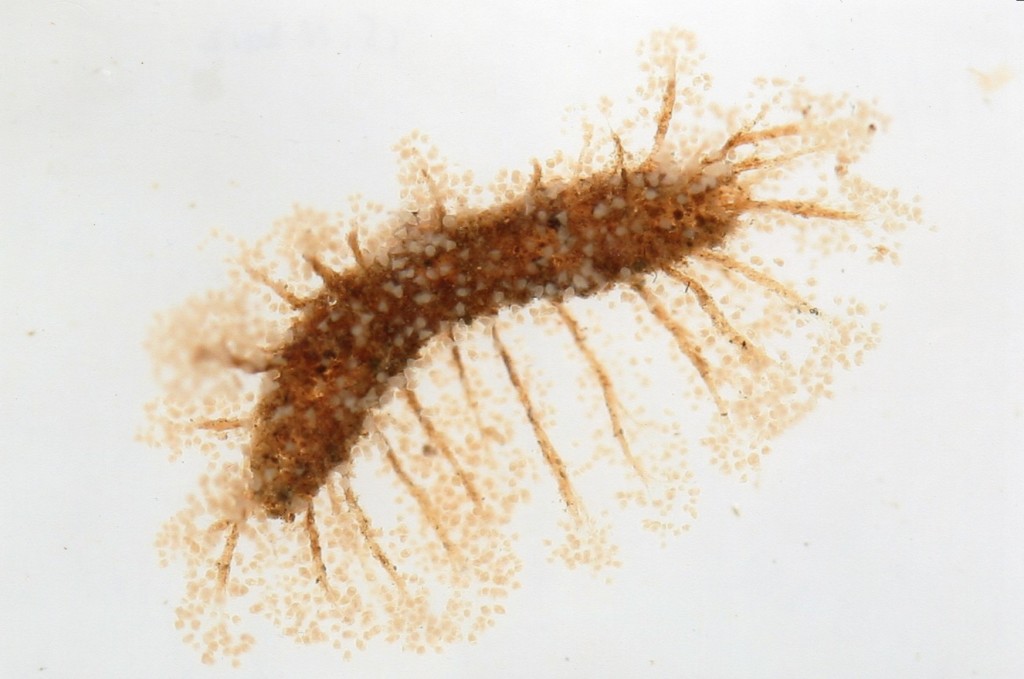 He later encountered the same species on two other occasions and captured more live photographs such as the one below in figure 2. 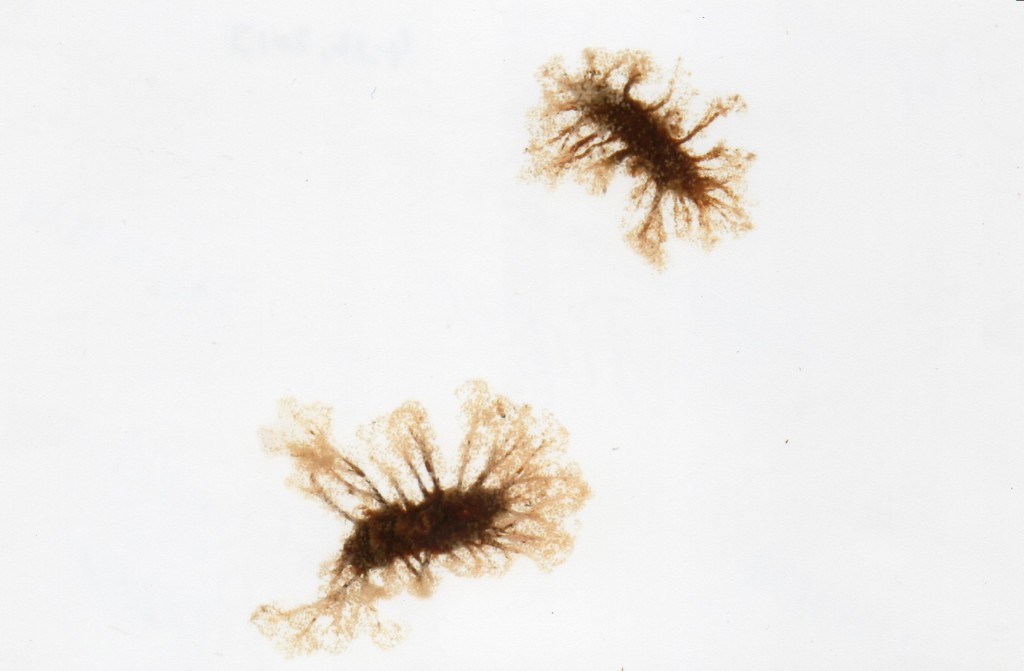 FIGURE 2: The second sample of the unknown species, photographed by John Pumpurs on 4/12/2013.

All of the samples collected by John were caught during routine water sampling in Currumbin Creek, and he encountered this specific water bug on three separate occasions in 2012, 2013 and 2016, all in the summer months. In each of the samples that John collected, there were two individuals of the same species. They were roughly 10-12 mm in length and were observed to be to be very slow moving. John also noticed that the leg-like structures of these creatures did not seem to move independently and appeared to be covered in a type of furry fungal growth.

After photographing the most recent image early this year, John placed the specimen under a microscope and observed it under black lighting which gave him a whole new perspective. He now noticed what appeared to be a worm like creature that was continuously moving in and out of this creature at a rapid pace. So it now seemed that the creature John had originally photographed was in fact the external casing for a much smaller worm-like organism. Another important observation he made was that this little creature was always attached to the casing and was never outside of it for more than two seconds at a time.

After prolonged observations, John concluded that the creature appeared to be eating the fungal growth attached to the ‘leg sections’ of its outer casing, and after some time it managed to strip most of this fungal growth leaving the outer casing stripped bare, as shown in the last photograph (figure 3). 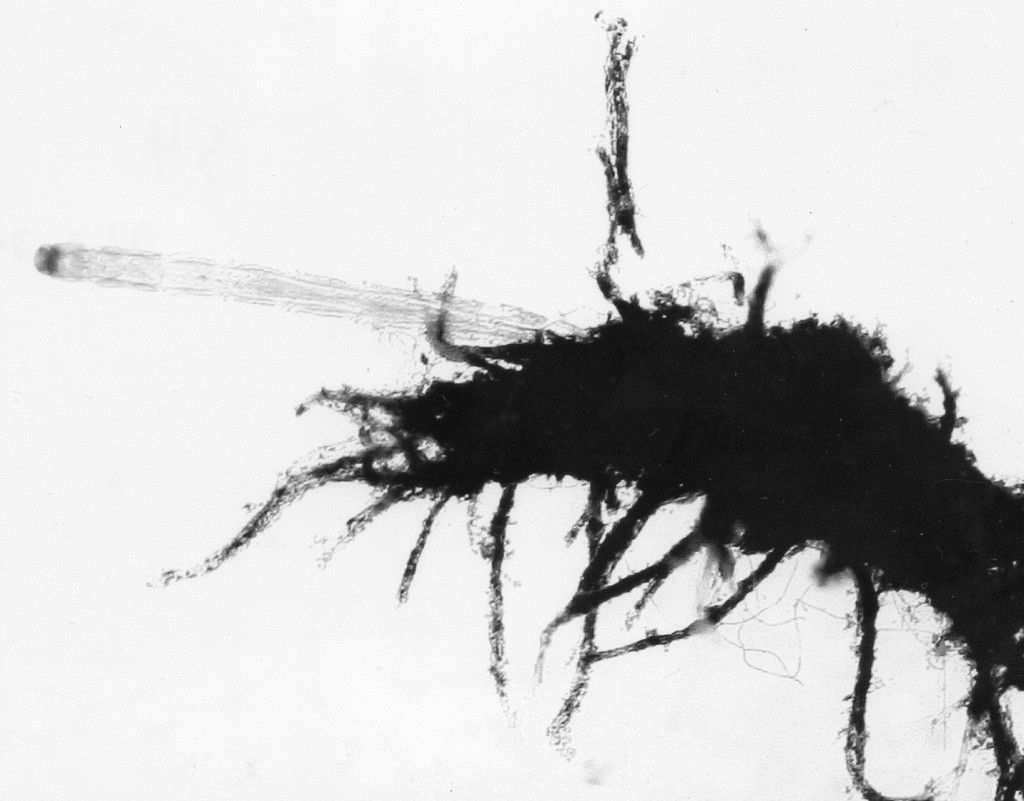 FIGURE 3: This image shows the water bug being observed under a microscope with black lighting as photographed by John Pumpurs in 2016.

The casing structure was observed to have three exit points and the creature was always attached to it. The water bug measured at 0.75 mm wide and 10 mm long and had a pronounced rigid head, clear body and a noticeable digestive tract.

Having made over 60 sampling trips in this region, John has so far discovered these creatures only at this one location. From the above observations and using his expertise in macro invertebrate identification, John has so far concluded that this water bug is a type of non-biting midge, as some of these have been known to build structures/casings such as the ones observed in the samples. From his extensive investigations over the last few years John believes that this species appears to have so far not yet be officially described and named. Needless to say, his investigations are ongoing and it would be truly exciting to be able to introduce a new an unique species to the world that is found right here on the Gold Coast. 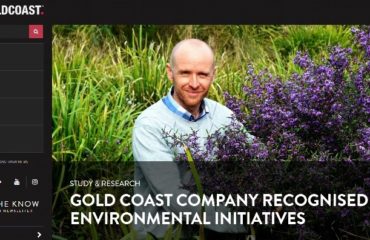 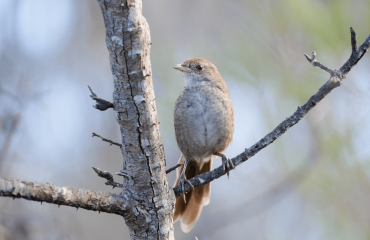 Eastern Bristlebird – Back from the Brink 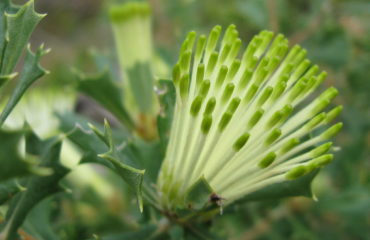 VIDEO: Aussie plants are coming out of the dark with a native plant app